We begin episode 9 after the cliffhanger of the Bennett and Noah 2-on-1 drama. In my own opinion Noah tried to play the victim in front of Tayshia and made Bennett seem like the older guy who was being immature. And honestly they both were. Tayshia makes it clear that this drama is so dumb and she wants no part of this. She feels that Bennett is questioning her integrity and doesn’t like that he is telling Noah that there is zero percent chance they will end up together because it is questioning her.

She pulls Bennett aside first and is obviously wanting no part in what he has to say. He trys to defend the zero percent chance comment a couple of times and I think it is quite clear at this point, its over for Tayshia and Bennett. 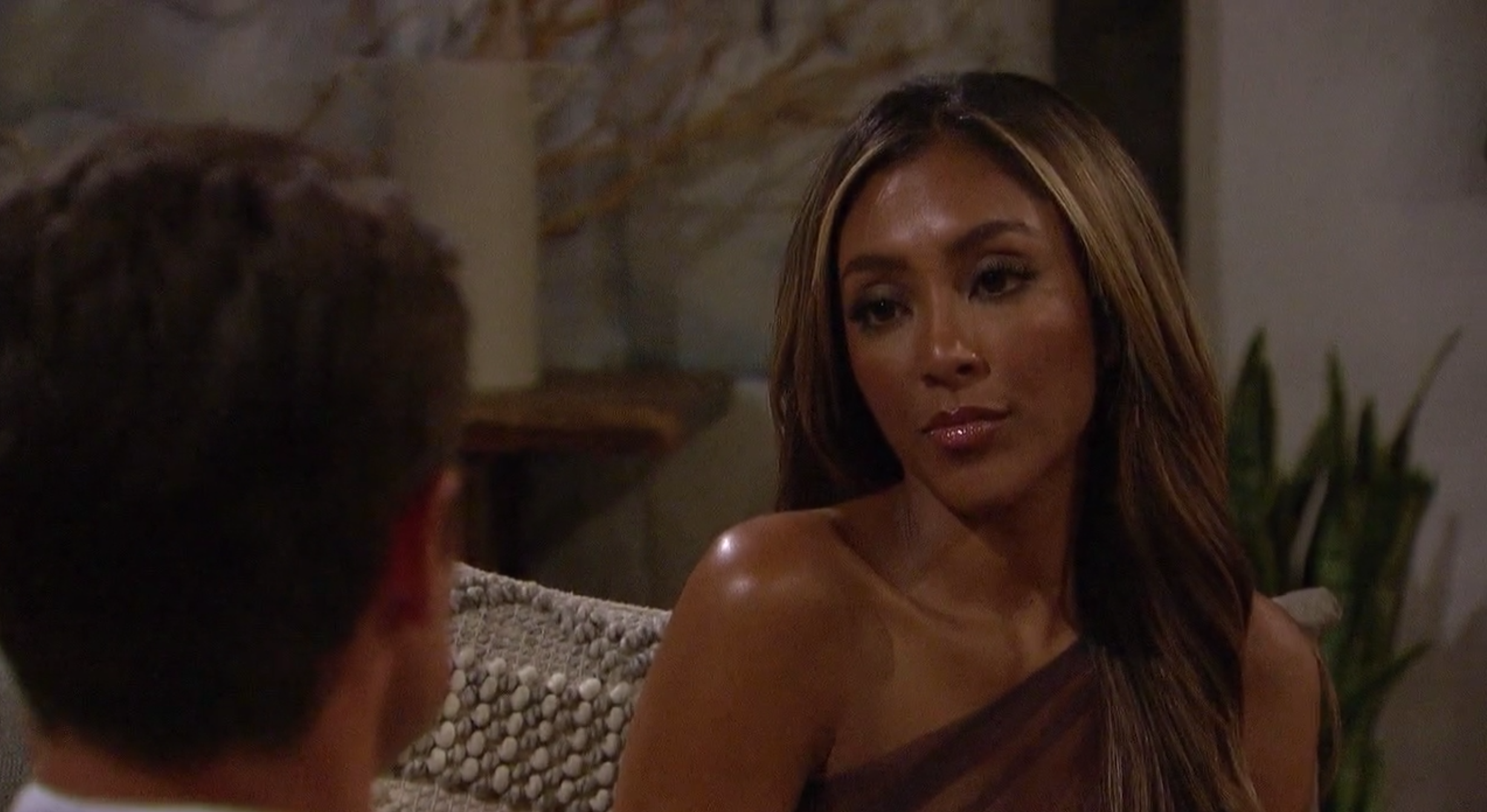 She goes back and talks to Noah. He gets emotional as tells her how condescending Bennett is and that he can take it but doensn’t want her to choose him down the road and then having him speak in the same condescending manner to her.

If you have any ounce of talent in reading people you can tell she’s not feeling this with Bennett anymore and that while she is annoyed with Noah she is still understanding of his side of the story.

Noah and Bennett talk it out after Tayshia goes to take a moment to think. They basically agree that they won’t get along. Tayshia comes back with the rose and tells Bennett how great he makes her feel but how condescending he is. She tells Noah how much shes enjoyed getting to know him but she’s worried he’s not ready for marriage.

Ultimately, she does not give Bennett the rose and sends him home. She’s comes back inside to Noah standing there with a shit-eating grin only to bring him down a few notches by telling him that he shouldn’t be smiling and that it was not a victory for him. She tells him she is not ready to give him the rose either but keeps him around for the rose ceremony.

She has some good conversations at the cocktail party and ends up sending Spencer, Demar, and Ed home. Jojo is still here hosting and lets the men know that hometowns are next week. It definitely ups the anty for the guys. After the rose ceremony we have the one-on-one date card and Ben finallllly get’s his turn.

Ben and Tayshia head out on a scavenger hunt around La Quinta. At dinner Tayshia Tayshia wanted Ben to open up. They discussed more personal matters, discussing their families and life paths. Ben did open up about feeling the need to be a perfectionist and how he went through a rough time and had two failed suicide attempts. He and Tayshia connected about this and being able to be more open and vulnerable in a safe space. Tayshia gave Ben the rose.

Next, we have a group date with Zac, Brendan, Ivan, Riley, and Noah. Tayshia and Jojo put the men through a lie detector test series. There were three light bulbs, green, yellow/orange, and red. If the contestant lied the red bulb would light, yellow/orange if the answer was inconclusive, and green if they were telling the truth. For the most part Tayshia and the men all told the truth but there were a few questions that had Tayshia wanting answers.

At the cocktail party Tayshia decided to get the answers from Riley, Zac, and Brendan.

Zac admitted to cheating on someone which was a huge trigger point for Tayshia and rightly so. Tayshia pulled him right away to get an answer. Zac let Tayshia know that he had a girlfriend in 6th grade and he kissed another girl when he was still in that relationship. Obviously he told Tayshia he understood that was a serious matter but he wanted to be honest. They discussed the fact that he said he’s falling in love with Tayshia and she’s falling in love with him too.

Brendan came up indecisive about Tayshia meeting his family and him meeting Tayshia’s family. Also the indecision about proposing. They discussed how emotional their divorces were for not only them as individuals but for their families also. Brendan told Tayshia that he wants to make sure the next time he proposes is the last time. Tayshia completely understood where he was coming from.

Riley was asked his name and it came up as a lie. Riley and Tayshia talked about his timultuous family life growing up and into his adulthood. He legally changed his name as an adult to create a fresh start for himself.

We see Tayshia going back at her villa and she bumps into Bennett. She welcome’s him in and they talk. He apologizes for questioning her integrity and let her know that he just realized things he didn’t even know until he left and tells her he loves her. 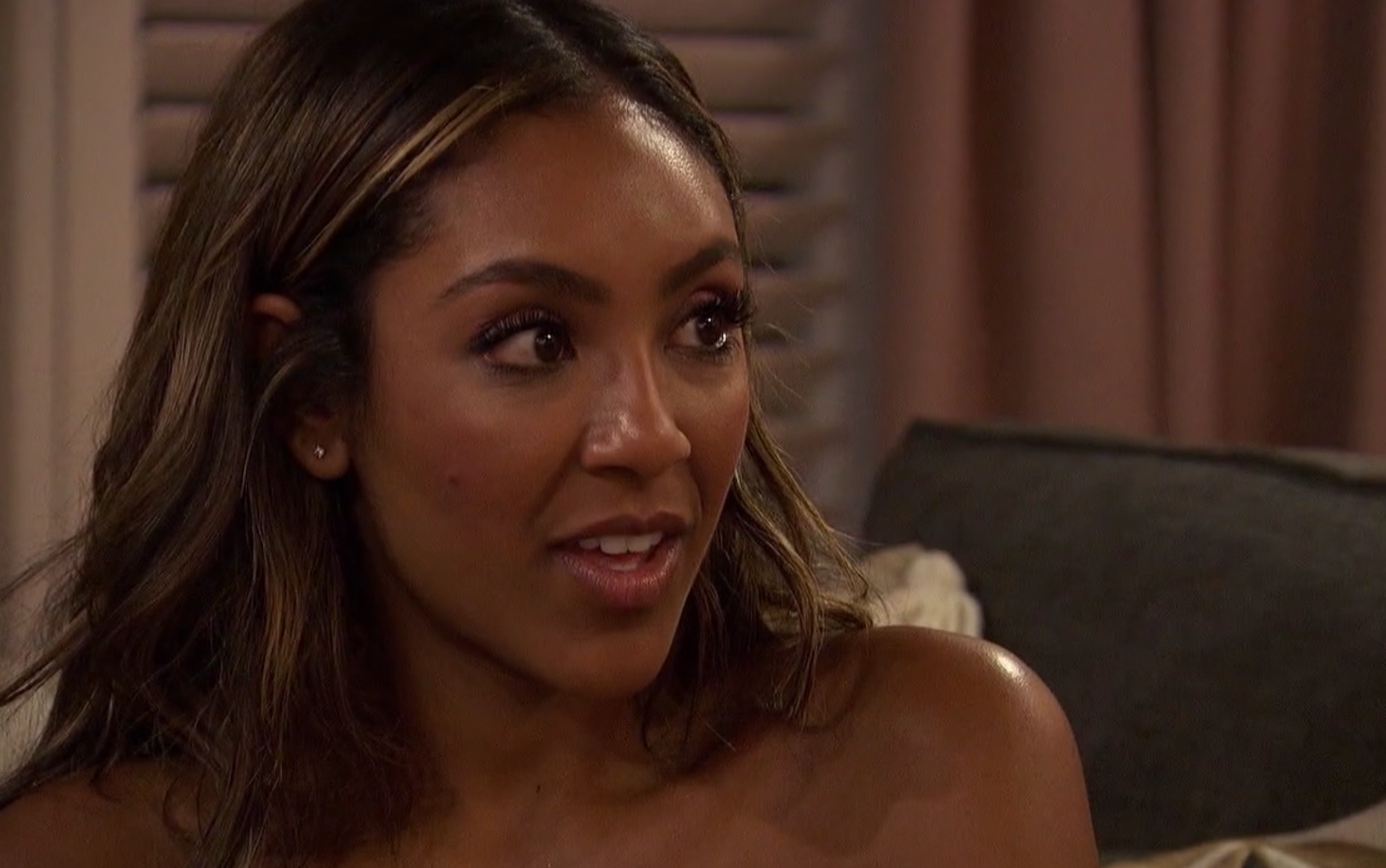 Tayshia tells him she wasn’t planning on saying goodbye to Bennett when she did. She also let him know that she needed the night to think about it. It’s clear she doesn’t know what to do.

This is how the episode ended so I’ll leave you with this. 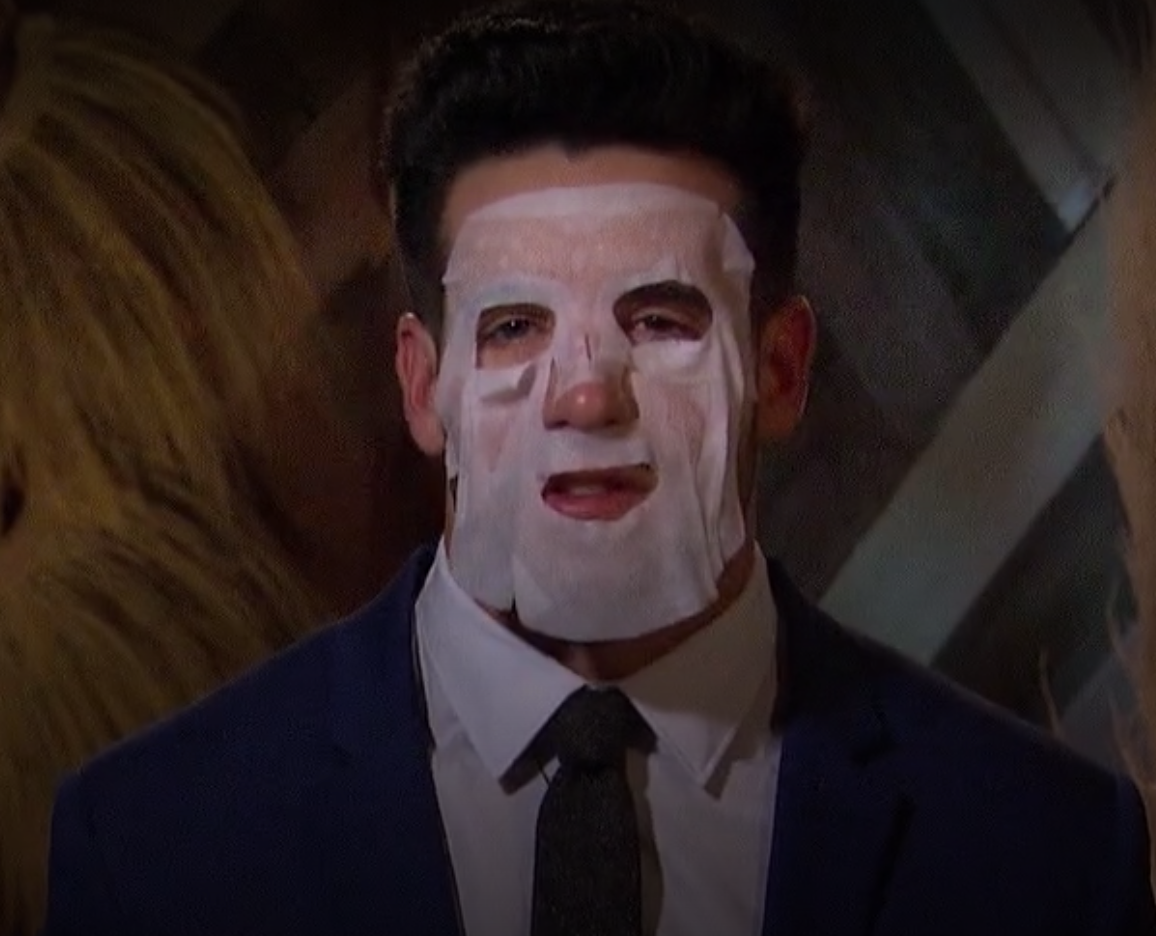